Equality and Fairness for All Arizonans 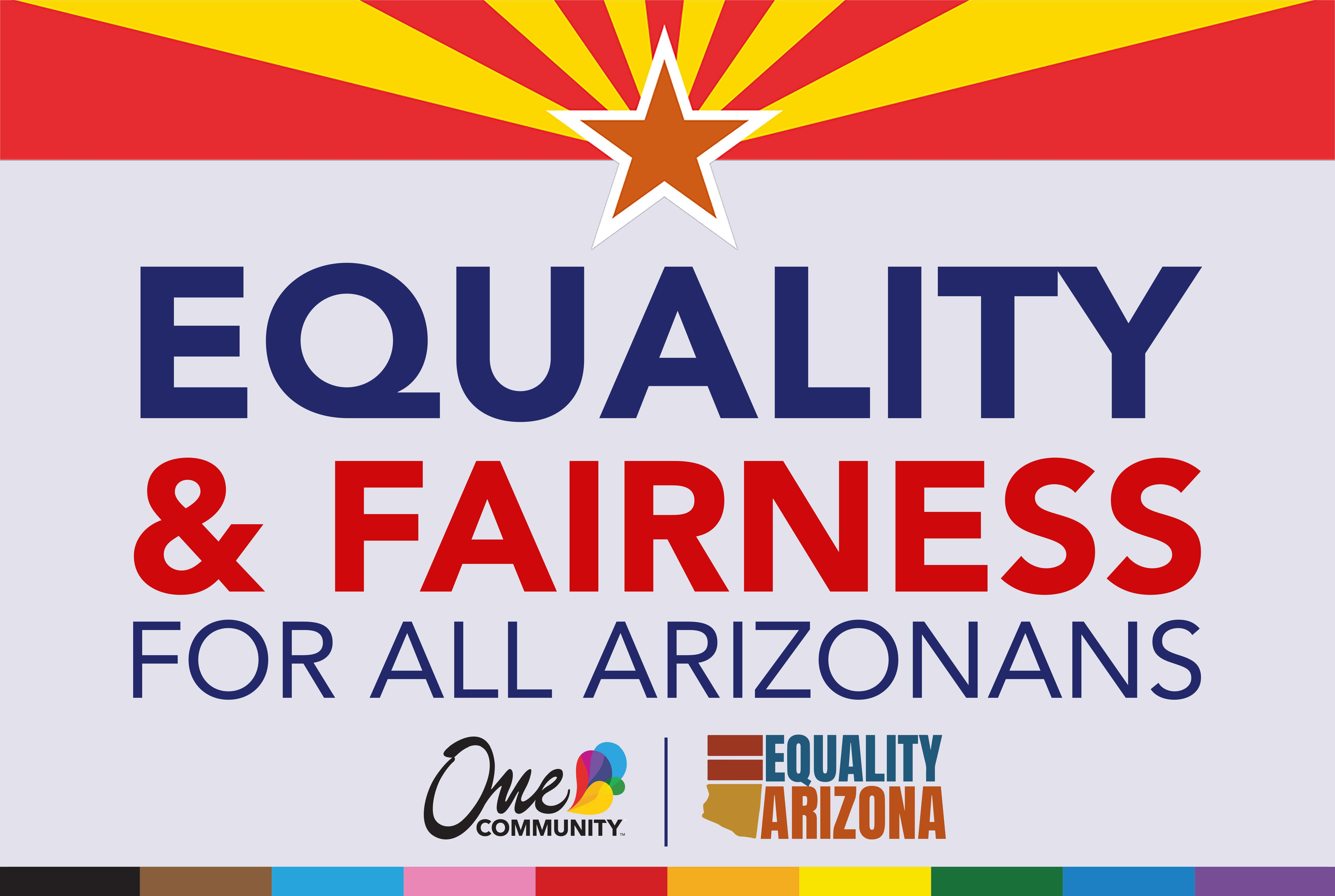 Legislation will extend Arizona’s non-discrimination protections to LGBTQ Arizonans in employment, housing and public accommodations while also protecting religious rights for people and institutions of faith. It will also ban conversion therapy for licensed healthcare professionals in Arizona.

This historic measure is the product of years of thoughtful dialogue between leading Arizona LGBTQ organizations, business leaders and communities of faith to support a bill aimed at updating the state’s non-discrimination law while also preserving religious freedom. The introduction of the bill also follows the passage of similar non-discrimination ordinances in Mesa, Glendale, Scottsdale and Tolleson in 2021. In total, only 10 Arizona municipalities have LGBTQ-inclusive non-discrimination laws, leaving many Arizonans vulnerable to discrimination with no legal recourse.

“HB2802 brings the LGBTQ community and communities of faith together in celebration of the great American tenets of religious freedom, equal treatment, and freedom of opportunity. This bill reflects the true spirit of bipartisanship and democracy - Arizonans coming together to create a more just and fair Arizona for all people. We are grateful to Speaker Bowers and Representative Shah, M.D. for their leadership and example,” said Michael Soto, Executive Director of Equality Arizona.

“HB2802 will ensure that LGBTQ Arizonans have the same opportunity to live, work, and contribute to Arizona that all other Arizonans have, while preserving religious freedoms. The coalition supporting this bill are Arizonans from all walks of life, willing to work together based on our shared values of equality and fairness. Today we are joined by LGBTQ leaders, business leaders, individuals from both parties, and clergy and members from religious communities including members of the Episcopalian, Methodist, Seventh Day Adventist, Community Church, Church of Jesus Christ of Latter-day Saints, and Jewish faiths,” said Angela Hughey, president and co-founder of ONE Community at today’s press conference. “If we want to live in a state that grows by attracting the very best talent, has a strong economy, welcoming culture, and is open for business to everyone, then we must pass this bill,” concluded Ms. Hughey.

Faith leaders are also supporting the measure in recognition of the importance of protecting all Arizonans equally, including LGBTQ Arizonans and Arizonans of faith. “We believe non-discrimination laws should and can protect both religious and LGBTQ rights. Many people of faith are also LGBTQ and many LGBTQ people are people of faith,” said Mr. Soto.

Support for LGBTQ inclusion has continued to grow across Arizona’s faith community, with over 500 religious leaders signing ONE Community’s Open to Worship pledge, and over 100 signing an open letter, noting “LGBTQ rights and religious freedom do not have to be in conflict. Instead, we can come together to protect all people and unify our community on what has for too long been a divisive issue.”

The Church of Jesus Christ of Latter-day Saints released a statement in support of the bill as well, “The Church is pleased to be part of a coalition of faith, business, LGBTQ people and community leaders who have worked together in a spirit of trust and mutual respect to address issues that matter to all members of our community. It is our position that this bipartisan bill preserves the religious rights of individuals and communities of faith while protecting the rights of members of the LGBTQ community, consistent with the principles of fairness for all.”

The full livestream of today’s press conference is available at: www.Facebook.com/onecommunityaz

About ONE Community
Since its inception in 2008, ONE Community has evolved into the member-based coalition of socially responsible businesses, organizations and individuals moving diversity, inclusion and equality for all Arizonans forward.  We are committed to reshaping Arizona’s image through educating, empowering and connecting our diverse LGBTQ and allied communities on the benefits of inclusion and its direct impact on attracting and retaining top talent and businesses—and thereby, ensuring our state’s economic sustainability.